When I first got interested in Buddhism I found all the variations of Buddhism confusing and difficult to tell apart but I came up with a little memory trick to help me, and I’d like to share it with you.

My first main question was: “What’s the difference between dhamma and dharma, sutta and sutras, tipitaka and tripitaka, Siddhatta and Siddhartha?”

First we have the Theravada tradition. It’s the orthodox school of Buddhism and based on the Pali Canon.

The Pali Canon is thought to be the first complete collection of Buddhist principle and the true words of Buddha. It was captured in the Pali language around 100 BC, so approx 400 years after Siddhartha Buddha. The Theravada school rejects all other texts used in the other schools of Buddhism.

Today Theravada is the generally practiced in, and is the dominant religion in, Sri Lanka, Thailand, Laos, Myanmar, and Cambodia.

The second school is the Mahayana tradition and it developed in India around the first century BC, and is mostly practiced in China, Korea, Japan and the rest of South East Asia.

Mahayana is generally written in Sanskrit, it recognises the Pali Canon, but also later texts, the so called Mahayana sutras. This includes text from China and Tibet, some added as late as 7 century.

The third school is Vajrayana Buddhism and sprung out of the Mahayana tradition so sometimes it’s not considered a separate school in itself.

Vajrayana buddhism is most identified with Tibetan Buddhism which is known for including tantric practices and praying to deities.

I’ll leave the other differences and similarities between the main schools of Buddhism to another talk.

Now back to the original question: “Sutta or sutra, dhamma or dharma, tipitaka or tripitaka, Siddhatta or Siddhartha?”

Can you see a pattern in the pairs of words?

If the word contains a “r”, like the word Sanskrit, then it’s part of the Mahayana school which texts are mainly written in Sanskrit.

If the word doesn’t have a “r”, like the word Pali, then it’s related to the orthodox teachings and the Theravada school based on the Pali canon.

Look and listen for the “r”. Easy little memory trick to keep them apart.

And what we practice here is Rinzai Zen which is sprung out of the Mahayana tradition. Zen is the Japanese name for the Chinese Chan tradition and the 1st patriarch of Chan Buddhism is Bodhidharma (note the “r”).

He is said to have been a prince from the kingdom of Pallava in south east of India and the first enlightened man to come to China.

The legend has it that he travelled by ship for for 3 years along the eastern coast of India to get to China and visit Emporer Wu of Liang.

Emperor Wu was a protector and promotor of Buddhism and had many monasteries built to support the translation of the sutras from Sanskrit to Chinese.

Meeting an enlightened Buddhist from India Empror Wu asked Bodhidharma: “How much merit have I gained for these actions?”

Annoyed and insulted, emperor Wu then asked Bodhidharma: “Who are you to tell me such things?” to which he answered, “I don’t know.”

This story is typical for Zen’s uncompromising teaching methods and that “doing” Buddhism is nothing without the inner exploration to be the teachings of Buddhism. This leads us to talk about a very contemporary topic – spiritual by-passing – but that’s for a different talk. 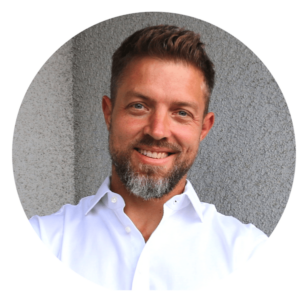